To view the article from the Stoney Creek News click on the following link. http://www.hamiltonnews.com/community-story/6894569-stoney-creek-hamilton-flamborough-grimsby-chambers-team-up-for-business-growth/
read more...

Be the first to hear the conclusions of BDC’s latest study on productivity, based on a survey of 1,500 Canadian business owners, and discover how Canada’s best managed companies tackle this challenge. You’ll also get a first peak at Canada’s (and the World’s!) first business productivity benchmarking tool which will allow you to take a […]
read more...

September 21, 2016 · by Huzaifa Saeed Hamilton, ON, September 21st: The Canadian Chamber of Commerce recently concluded its annual general meeting between September 16th-19th in Regina, Saskatchewan. The convention is centered around a policy process that featured almost 70 resolutions from Chambers of Commerce across Canada, which were then formally debated, resulting in adoption […]
read more...

The Canadian chamber network has been active across the country, assisting within their communities to help settle and engage our newcomers. The Canadian Chamber of Commerce wants to capture the level of involvement that businesses have had in the initial integration and support of newly-arrived Syrian Refugees.  We have heard many touching stories, and would […]
read more... 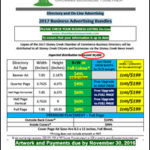 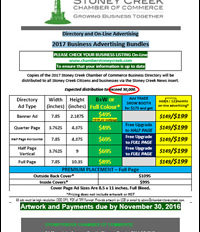 Dear SCCC members, I am contacting you today with information about our exciting new Business After 5 Trade Show Event that will be held during small business week here in Greater Hamilton. The Chamber Networks Trade Show, Tuesday October 18 5pm-8pm at Winona Vine Estates, promises to be Greater Hamilton area’s biggest and best business […]
read more...

A big thank you to all who attended and assisted with the 2016 SCCC Annual Golf Tournament, sponsored by RBC…And a special thank you to the weather gods for cooperating and bringing us almost perfect conditions for a great afternoon and evening event for the 116 golfers who were greeted on course by many of […]
read more...

The Hamilton Tiger-Cats are proud partners of the Hamilton Chamber of Commerce and as a valued member, we would like to extend you the opportunity to access an exclusive inventory of tickets before they go on sale to the general public including, Club Seats, Single Game Suites, and specially priced season seats. Sit in the […]
read more...

Radwell is hosting a donation effort to assist with the Fort McMurray evacuee situation in Alberta.

We have been in contact with the Edmonton Emergency Response teams directly and will be shipping any donations to the airport hangar where they are sorting the donations.  We received a list of currently needed items (see attached internal flyer) which are different than typical donation items since there are thousands of people living with […]
read more...

2015 Citizen of the Year Awards Gala

225 Members and guests celebrated the Stoney Creek Chamber of Commerce Citizen of the Year Awards at their gala at the Winona Vine Estates on May 10, 2016. View the videos for our Citizen of the Year award winners on our YouTube channel by following these links:   Legacy Award Winner: The Innsville     […]
read more...
Page 6 of 37
« First‹ Previous2345678910Next ›Last »